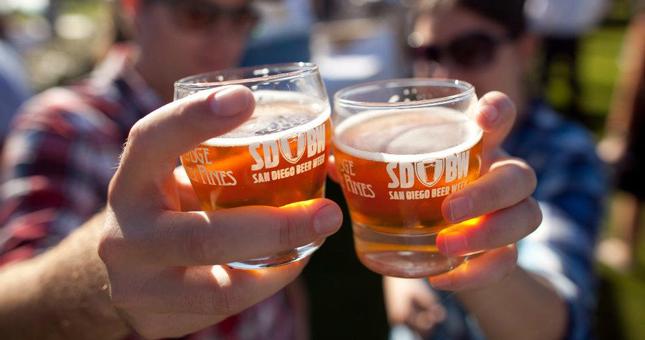 Attend the San Diego Beer Week 2012 to enjoy a host of events –beer gardens, festivals, live music and entertainment, over 100 of the finest beers and tasteful food from local brewpubs and other popular restaurants.

Don’t miss the closing event as the guests will be offered a variety of tastings of beer and food pairings prepared by best local chefs and different craft brewing companies including:

Don’t miss it! San Diego Beer Week 2012 is heading towards its conclusion. California Suites Hotel – one of the prime options amongst budget San Diego motels and hotels – will take care of your San Diego lodging. We will make your accommodation in San Diego affordable. It is an AAA-approved hotel and a proud member of the San Diego’s Chamber of Commerce.

California Suites Hotel is known for its world-class services including:

Affordable and Convenient... and that’s only

At California Suites we treat our customers like royalty. If you are coming to San Diego and need an affordable, comfortable place to stay then you don't need to look any further. Apply for your business or corporate account by calling our front desk at 858-560-0545.